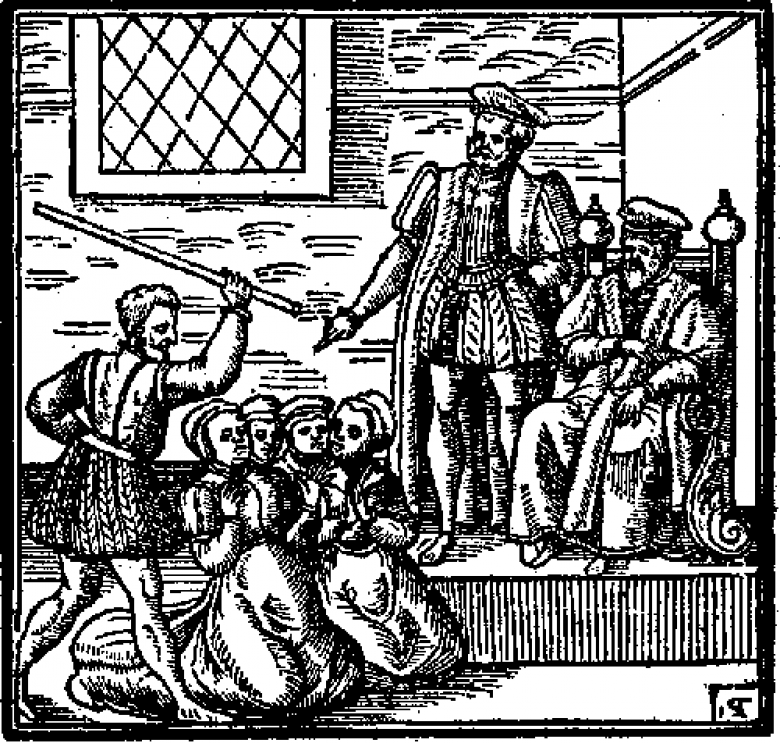 The Autumn storms of 1589 were responsible for treacherous sailing conditions, but unfortunately for the women of England and Scotland, they prompted a far more dangerous consequence – a renewed fear of witchcraft.

That September, Anne of Denmark – the new queen of Scotland – set sail to travel to her new kingdom. She had just married James VI via proxy, and was expected to quickly arrive in Scotland to meet her new husband.

But she did not arrive. Anne’s journey was a disaster – the fierce storms damaged her ship and she was forced to anchor in Norway for repairs. A second attempt to set sail was made, but her ship once again sprung a leak and returned to Norway. With winter setting in, the bad weather was expected to continue. The decision was made to postpone the journey until spring, and so Anne remained in Norway. 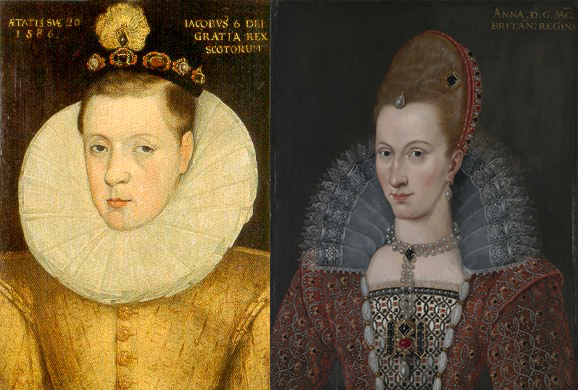 Back in Scotland, James was unhappy when he heard the news and unwilling to wait that long to see his bride. He made the decision to go to Norway himself to fetch his queen, and ended up staying for several months with her both in Norway and Denmark. He then returned to Scotland with Anne – a journey that was successful, although they were battered by storms. But the circumstances of Anne’s failed journey and his time spent in Denmark had ignited James’ obsession with witchcraft.

In Denmark, witches were blamed for the storms that damaged Anne’s ship and stopped her from travelling. A trial was held in Copenhagen in 1590, resulting in the executions of the accused women. This wasn’t unusual in Denmark – there had been a number of witch trials in the country during the sixteenth century.

In Scotland, witchcraft was against the law – although it mostly went unpunished before 1590. But when James arrived back in Scotland with Anne and heard the news of Denmark’s witch trials, he began his own witch hunt. Witches were accused of trying to kill the king and queen, by calling up the strong storms that James and Anne had encountered returning to Scotland.

One of the accused witches was a wise woman named Agnes Sampson. Under torture, she confessed to things that were so ‘miraculous and strange’ that even James found them difficult to believe. Allegedly, Agnes whispered to the king, telling him the words that he and Anne had spoken to each other in private on the first night of their wedding, removing any doubts James had. He said he ‘believed all the devils in hell could not have discovered the same’. Agnes was executed. There were around seventy people accused of witchcraft during this trial – it is not known exactly how many of them were killed along with Agnes. 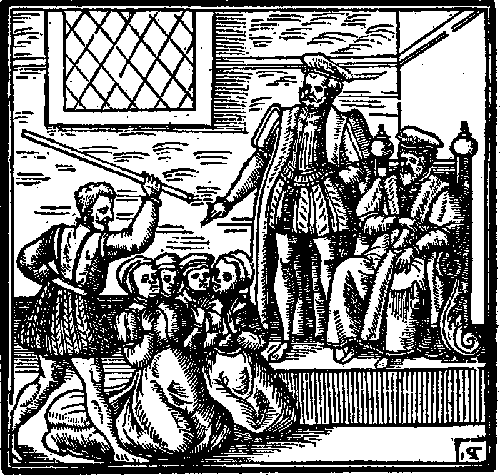 In 1597, James released Daemonologie, a treatise about witchcraft – although his own fervour for witch hunting seemed to have waned, the fear of witches among the population had taken hold. Large scale witch trials took place in Scotland well into the seventeenth century, and an estimated 3,000 people – who were mostly women – were accused.

Under the union of the Scottish and English crowns in 1603, James’ work spread south, into his new kingdom.

Daemonologie laid out information such as how to identify a witch and how to punish them. One way to seek out a witch was in their use of charms and herbs: ‘By curing the Worme, by stemming of blood, by healing of Horse-crookes, by turning of the riddle, or doing of such like innumerable things by wordes, without applying anie thing, meete to the part offended, as Mediciners doe’. Women known as healers and midwives often came under suspicion because of their skills. Another way to identify a witch was to find the mark of the devil hidden somewhere on their bodies – James referenced Agnes Sampson’s trial directly, describing how they shaved her head in an attempt to find her mark, eventually finding it on ‘her privities’. 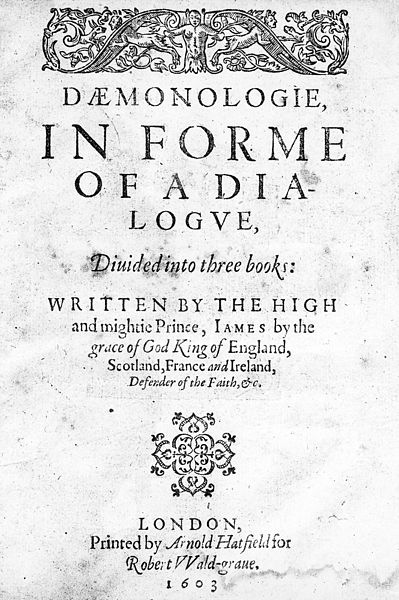 James explained that it was mostly women who were witches as they were ‘frailer than man is’ and so were more easily entrapped in the ‘snares of the Devil’. He used the bible to support his arguments as witchcraft was ‘plainely prohibited’, referencing Exodus 22.18: ‘Thou shalt not suffer a witch to live’ – the only acceptable punishment for a convicted witch was death.

These guidelines were used in trials until 1727 when Janet Horne became the last woman in Britain tried and executed as a witch.