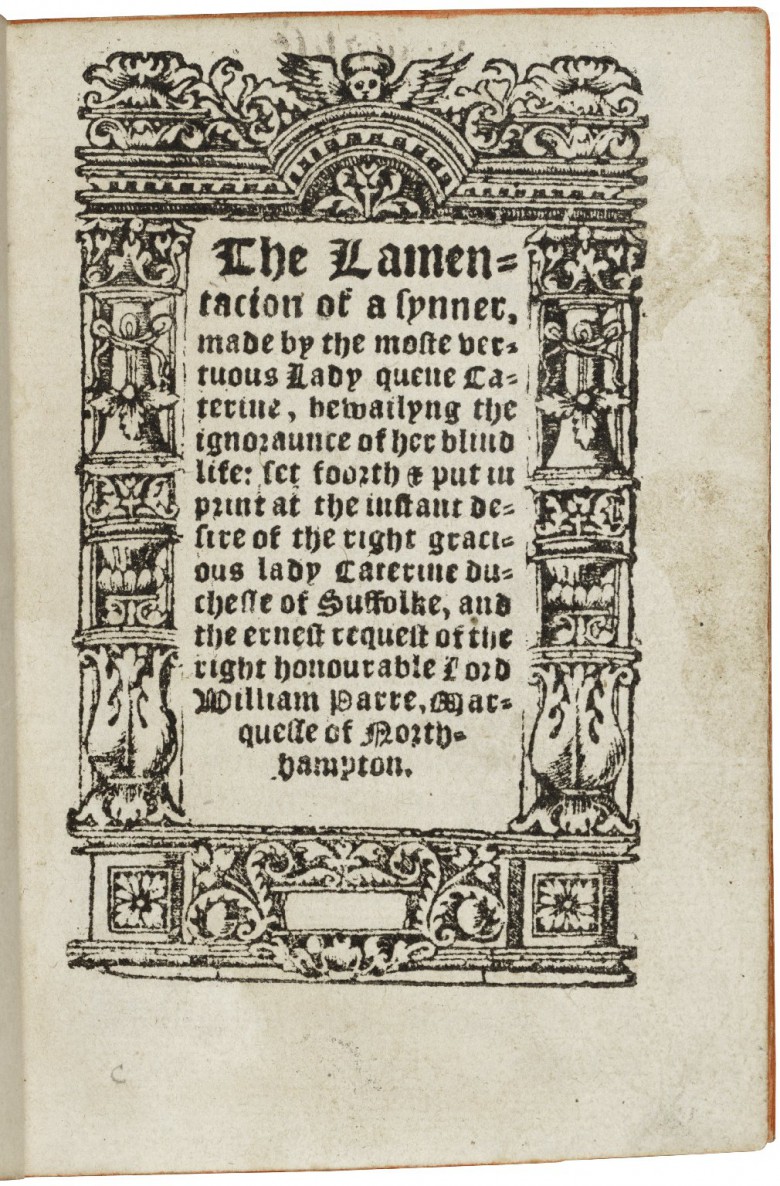 I know some of you are interested in my claim that Kateryn Parr was England's first published woman author. Specifically she was the first woman to publish her own work in print under her own name in England in English, a remarkable achievement (see the Introduction to Katherine Parr: Complete Works and Correspondence edited by Janel Mueller, a fascinating read). Previous women had avoided publishing under their names because of contemporary ideas of modesty – Thomas More's daughter Margaret, for instance, was identified as 'a yong gentylwoman' in her translation of Erasmus. Kateryn translated John Fisher’s Psalms and published them in English, worked with Thomas Cranmer on the English Book of Common Prayer, worked as editor on an English translation of the Gospels, and also composed her own original work.

Kateryn was not England's first female writer. The first book in any form of English known to have a female author was Revelations of Divine Love, written by Julian of Norwich around 1393. Julian avoided mention of her name and even her gender in the book – she can be identified because of a scribe's added note. Her name may have actually been Julian, or may derive from St Julian's Church where she lived (http://www.norwich-churches.org/St%20Julian/home.shtm). Julian wrote in Middle English, the English language until about 1470. Since Caxton did not introduce the printing press to England until 1476, her book could only be hand-copied (I use the word 'publish' only for works in print). Revelations of Divine Love was finally published in 1670, around 120 years after Kateryn's books (see the Note in the 2015 Oxford World's Classics edition). Another early female work, The Book of Margery Kempe, who met Julian, was not published in full until the twentieth century (http://www.theguardian.com/books/2014/mar/20/margery-kempe-first-autobiographer-digitised-british-library).

Image of the title page of Kateryn’s Lamentation of a Sinner from the Folger Shakespeare Library (http://creativecommons.org/licenses/by-sa/4.0/legalcode). A copy can be seen at Sudeley Castle. 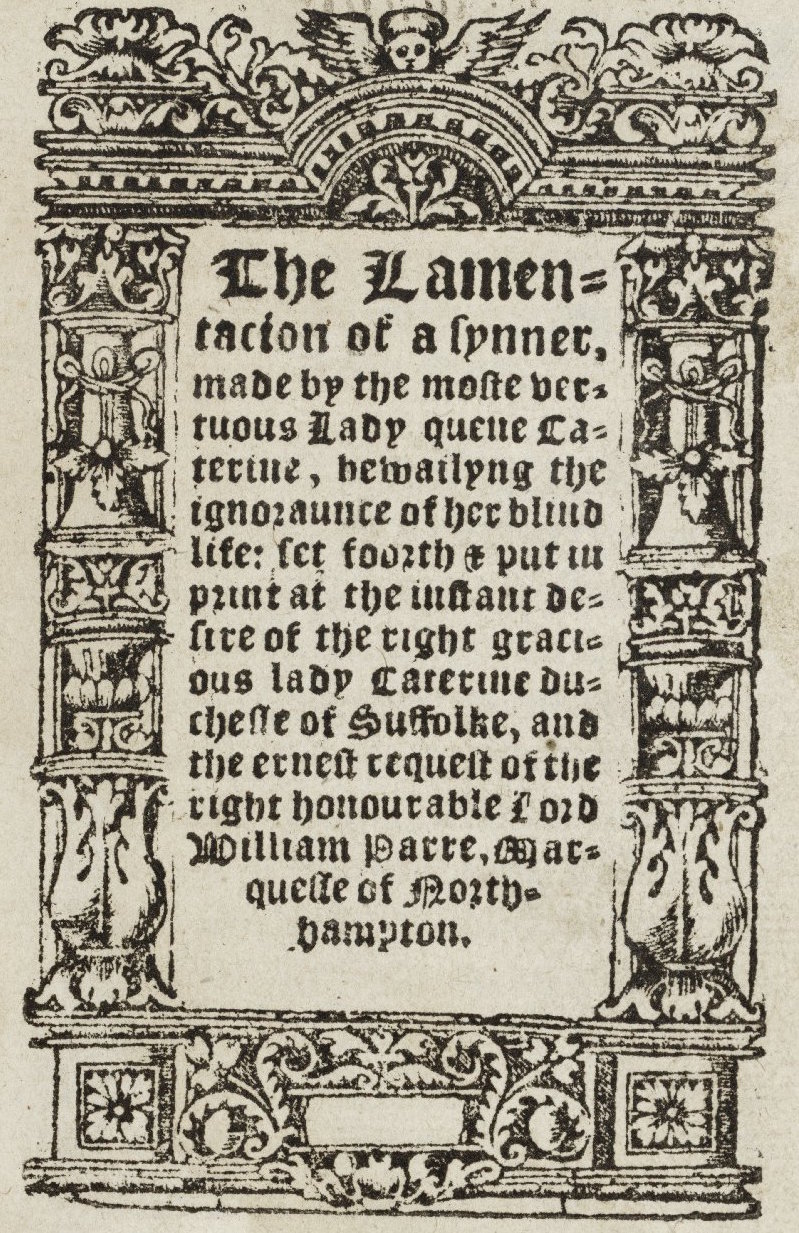