Death of John, Duke of Bedford 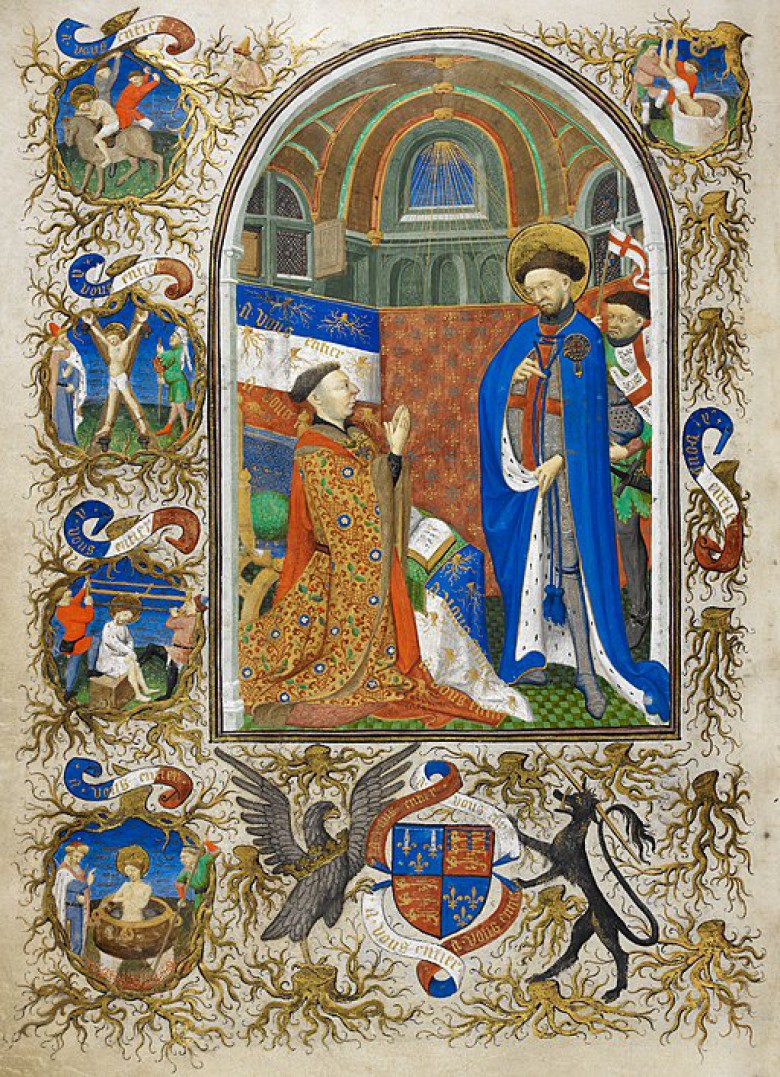 Today in 1435 John, Duke of Bedford, died – leaving his second wife Jacquetta of Luxembourg a widow when she was only nineteen years old. Bedford was brother to Henry V, the king who had led England to victory during the Hundred Years War at Agincourt. When Henry V died, his infant son became Henry VI. Bedford acted as regent for his young nephew, but remained focused on the war with France.

For several years, Bedford managed to maintain Henry V’s successes, defeating the French in battle himself, including at Verneuil. It was not until the arrival of Joan of Arc that the tide began to turn against the English. Joan led the French to success, breaking the English siege on the city of Orleans in 1429 and galvanising the French forces. She was with the Dauphin when he was crowned Charles VII, and Bedford sent a scathing letter to him that insulted both Charles and Joan. Of Joan he said that she was ‘a woman of a disorderly and infamous life, and dissolute manners, dressed in the clothes of a man’, which was ‘abominable in the sight of God’.

Joan, by now a symbol of hope for the French, was eventually captured by Burgundian forces. Burgundy were allies to the English – Bedford himself was married to the Duke of Burgundy’s younger sister, Anne. The English negotiated to have her transferred to their custody. Bedford saw Joan as a threat and knew he could strike a great blow to France by not only capturing their symbol of hope, but by discrediting her previous successes and Charles VII himself with accusations of witchcraft. An English backed court was set up to try Joan for heresy. While Bedford was not directly involved in Joan’s trial, the outcome – a conviction of heresy and execution by burning at the stake – is no doubt what he wanted.

In 1432, Bedford’s wife Anne died. While their marriage appeared to be a happy one, they did not have any children. He remarried only five months after her death, something that the Duke of Burgundy found disrespectful. His new bride was Jacquetta of Luxembourg, the seventeen year old daughter of the Count of Saint-Pol, known for her beauty. We do not know much about their marriage or Bedford’s reasons for it, but the ageing Duke was heir to Henry VI, who was still a child. Perhaps thoughts of the succession were on his mind.

This marriage was also childless, and lasted only last two years before Bedford died. But it is through this marriage that Jacquetta met her second husband Richard Woodville and became an important woman in the English court.
I wrote about Jacquetta in my novel The Lady of the Rivers. Here is an excerpt from this moment in her life – her last meeting with her husband and the news of his death.
‘His servants come in, they make him comfortable in his bed, and then I kiss his forehead and leave him for the night. As it happens, that is the last time I see him, for he dies in his sleep that night, and so that was the last he saw of me: not a loving wife but a statue gilded by the setting sun.
They call me at about seven in the morning and I go to his room and see him, almost as I left him. He seems peacefully asleep, only the slow low tolling of the single bell in the tower of Rouen cathedral tells the household and the city that the great Lord John is dead. Then the women come to wash and lay out his body, and the master of the household starts to make the plans for his lying-in at the cathedral, the joiner orders wood and starts to make his coffin, and only Richard Woodville thinks to draw me aside, stunned and silent as I am, from all the bustle and work, and takes me back to my own rooms.’ 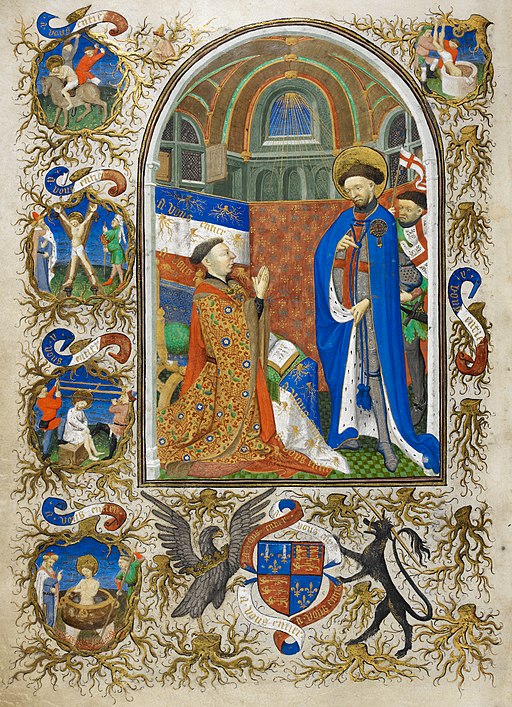