Death of James I

James I died on this day in 1625. He was 58 years old and the first monarch to unite the crowns of Scotland and England. Crowned James VI of Scotland as a baby when his mother Mary Queen of Scots was forced to abdicate, he later also became James I of England in 1603 on the death his first cousin twice removed, Elizabeth I. His claim to the English throne came through his great grandmother Margaret Tudor, sister to Henry VIII.

In the final year of his life James had become increasingly frail and was often ill. When he became sick with a tertian ague – a malarial fever – at the beginning of March 1625, his physicians fully expected him to recover as he so often had before.

Throughout his illness, George Villiers, the Duke of Buckingham and James’s favourite, was at the king’s bedside. James did briefly appear to improve but when he began to deteriorate again, Buckingham sent for his own doctor who had previously helped him recover from a fever. Buckingham applied poultices to the king and later – without informing the royal physicians – gave James medicine known as a cordial.

James took a turn for the worse and refused to drink any more of the cordial. Already, rumours about Buckingham poisoning the king were being circulated. On the 25th March, James had a stroke. He was also suffering with severe dysentery. It was clear to all, including the king himself, that he was dying. He died two days later with both Buckingham and his son Charles at his side. The twenty-four year old Charles was now Charles I of England, and Buckingham was the only man of James’s court to maintain his position under the new king.

Whether Buckingham poisoned James – unintentionally or not – still remains a matter of debate but it was widely believed at the time that he had a hand in James’s death. Despite the king’s favour, Buckingham was hugely unpopular – in part due to his role in negotiating Charles’s marriage to the Catholic princess Henrietta Maria of France but also as a result of his repeated interference in foreign policy. Fearing his power over Charles, Parliament planned to remove him from his position of influence by impeachment. Among the many accusations against him, the most incendiary was that he had indeed poisoned James I during his final illness, perhaps with Charles’s collusion.

Refusing to remove his closest companion, Charles was forced to dissolve Parliament to prevent Buckingham’s impeachment, an action that also cast direct suspicion on the king himself. Even up to the time of his trial in 1649, Parliamentarians made use of this suspicion to discredit Charles. Buckingham’s decision to treat James against the advice of his doctors had far reaching effects that no-one could never have foreseen. 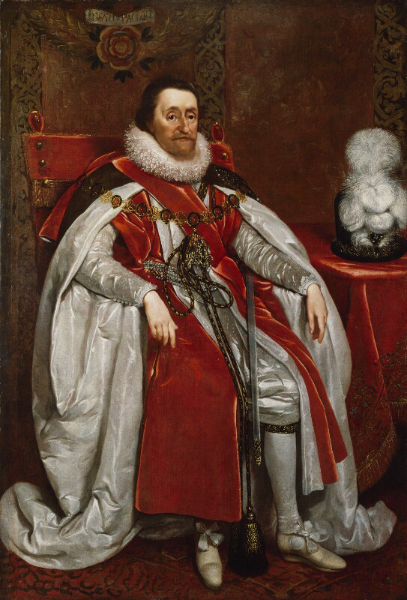