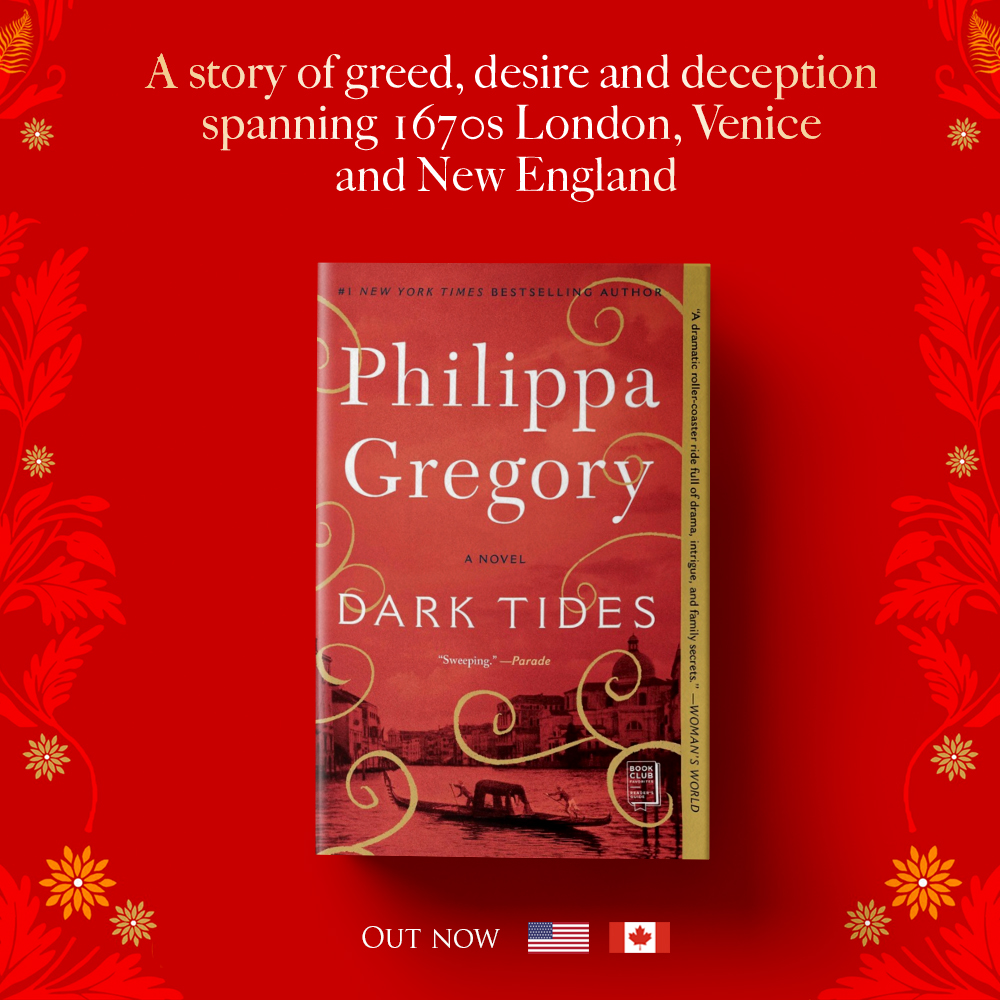 Dark Tides is out in paperback today in the USA and Canada. This is the sequel to Tidelands, and the second of my Fairmile series. The story moves far from the marshy landscape of Tidelands. It takes us to the contested frontier of early America, and to the golden streets of Venice.

But it opens in London, where James Avery is visiting a poor warehouse to find Alinor, the woman he left behind twenty-one years ago, and with her he hopes to find what he wants most of all – his son and heir. James, now returned to his power and fortune, finds himself in a part of London far removed from the court of the newly restored Charles II.

“This storehouse, and all the others leaning against it, like carelessly shelved books, shuddering along the bank towards the dark channel at the side, were hungry for the wealth that had sailed with the new king in the ship that had once been Oliver Cromwell’s, into the country that had once been free. These poor merchants, scraping a living from the river trade, heard all about the new king and his glorious court at Whitehall; but they gained nothing from his return. They saw him only once, as he sailed by, the royal pennants flying fore and aft, once and never again: not down here, on the south side of the river, on the east side of the town.”

You can order Dark Tides at these links:

The Princess Rules – The Mammoth Adventure