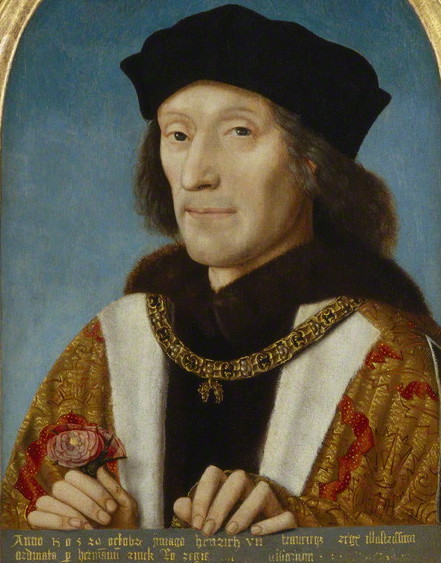 Henry VII was not an obvious candidate for the throne when he seized it by victory over Richard III at the Battle of Bosworth in 1485. The Tudor family at the time were thought of at court as little more than Welsh gentry. Henry was a Lancastrian, with a tenuous claim to the throne.

Henry was born in Wales when his mother was just 13 years old. His father Edmund died before he was born. Edmund’s father Owen was a squire at the court of Henry V and he was secretly married to Henry’s widow, Catherine of Valois. Edmund was declared legitimate and named Earl of Richmond.

Henry's claim came through Margaret Beaufort, his mother, who was descended from John of Gaunt and his mistress (later wife) Katherine Swynford. The Beaufort line's claim to the throne was dubious, as Richard II had granted the line legitimacy but Henry IV had declared that they nevertheless could not inherit the crown.

When the Yorks took the throne, Henry and his young mother were put into the guardianship of William Herbert until 1469 when Warwick the Kingmaker switched sides and executed Herbert during his restoration of Henry VI.  With Henry VI back on the throne, Henry’s uncle Jasper Tudor returned from exile and brought Henry to court. Less than a year later, Edward IV regained the throne and Jasper and Henry fled to Brittany where he spent the next 14 years.

During this time, his mother’s persistent and ambitious plotting paid off. Henry pledged to marry Elizabeth of York, Edward IV’s eldest daughter; he garnered the support of the Woodvilles and the French who readily supplied him with troops and equipment for an invasion. His first attempt failed but he landed in Pembrokeshire on his second attempt, meeting Richard III at the Battle of Bosworth in 1485.  Henry’s father-in-law, Thomas Stanley, was officially a Yorkist and had pledged his support to Richard III but, no doubt influenced by his wife, and with the opportunity to be father to the King of England, he and his brother switched sides during the battle and Richard was killed.

He married Elizabeth of York, despite her alleged affair with Richard III, and attempted to unify the houses of York and Lancaster. Henry overturned Richard III’s statute that declared Edward IV’s marriage to Elizabeth Woodville as invalid, thus legitimising his new wife and their future children.

Henry was threatened by several rebellions in the next few years and always fearful of threats to his throne by anyone of royal blood. Lambert Simnel, a boy claiming to be the Earl of Warwick (who was actually a prisoner in the Tower), was supported in a rebellion by Yorkists but was defeated. It is rumoured that Simnel ended up serving in Henry’s kitchens.

In 1490, a boy who became known as Perkin Warbeck appeared and claimed to be Richard, the younger of the ‘Princes in the Tower’ and Edward IV’s second son. Warbeck won the support of Edward IV's sister Margaret of Burgundy. He led attempted invasions of Ireland in 1491 and England in 1495, and persuaded James IV of Scotland to invade England in 1496. In 1497 Warbeck landed in Cornwall with a few thousand troops, but was soon captured and eventually executed.

In 1499, Henry had the real Earl of Warwick executed. However, he spared Warwick's elder sister Margaret. She survived until 1541, when she was executed by Henry VIII.

Henry arranged the marriage of his eldest son Arthur and the Spanish princess Katherine of Aragon.  When Arthur died suddenly at Ludlow Castle, Henry appealed to the Pope for a papal dispensation so that Arthur’s younger brother Henry could marry Katherine and maintain the Spanish alliance. And, as his wife Elizabeth of York died in childbirth, Henry also had the dispensation to marry Katherine himself but reconsidered when her mother died and her sister took over as queen.

Henry died in 1509 at Richmond Palace.  He is buried at Westminster Abbey and was succeeded by Henry VIII.

‘No,’ I say. I am not going to name my baby, who cost me so much pain, after a man who caused me nothing but pain. Or his stupid father. ‘No, I won’t call him Edmund.’

‘You can’t call him Edward,’ she says. ‘The king’s son is Prince Edward.’

‘I am going to call him Henry,’ I say, thinking of the sleeping king who might wake for a boy of the House of Lancaster called Henry, though he slept through the birth of the prince called Edward. ‘Henry is a royal name for England, some of our best and bravest kings have been called Henry. This boy will be Henry Tudor.’ I repeat the name proudly: ‘Henry Tudor.’ And I think to myself, when the sleeping King Henry VI is dead, then this baby will be Henry VII.

I watch from my bedroom window as the coronation barge goes down the river to the Tower, escorted by dozens of ships. I can hear the music ringing across the water. The royal barge has been regilded since we last sailed in it, and shines brightly golden on the cold water, at prow and stern the flags of the Tudor red dragon and the Beaufort portcullis flap in triumph. Henry himself is a tiny figure. At this distance I can see only his long gown of purple velvet trimmed with ermine. He is standing so that everyone on the river banks can see him, arms akimbo, on the raised deck at the back of the barge. I shade my eyes and stare at him. This is the first time I have seen the man I am to marry, and at this distance he is no bigger than the tip of my little finger. The barge glides by carrying my betrothed husband to his coronation without me, and he does not even know that I am watching him.

I say you cannot come in, if you were the King of England himself you could not come in.’

‘I am the King of England,’ Henry Tudor said without a flicker of amusement, ‘and she can either come out right now or I damned well will come in and my son will follow me. ‘The Infanta has already sent word to the king that she cannot see him,’ the duenna said witheringly. ‘The noblemen of her court rode out to explain to him that she is in seclusion, a Lady of Spain. D’you think that the King of England would come riding down the road when the Infanta herself has refused to see him. What sort of a man d’you think he is?’

‘Exactly like this one,’ he said and thrust his fist with the great gold ring towards her face.

The Count de Cabra came into the hall in a rush and at once recognised the lean 40 year old man threatening the Infanta’s Duenna with a clenched fist, a few aghast servitors behind him and gasped – ‘The King.’

At the same moment the duenna recognised the new badge of England the combined roses of York and Lancaster and recoiled. The count skidded to a halt and threw himself into a low bow.

‘The King’ he hissed, his voice muffled by speaking with his head on his knees. The Duenna gave a little gasp of horror and dropped into a deep curtsey. 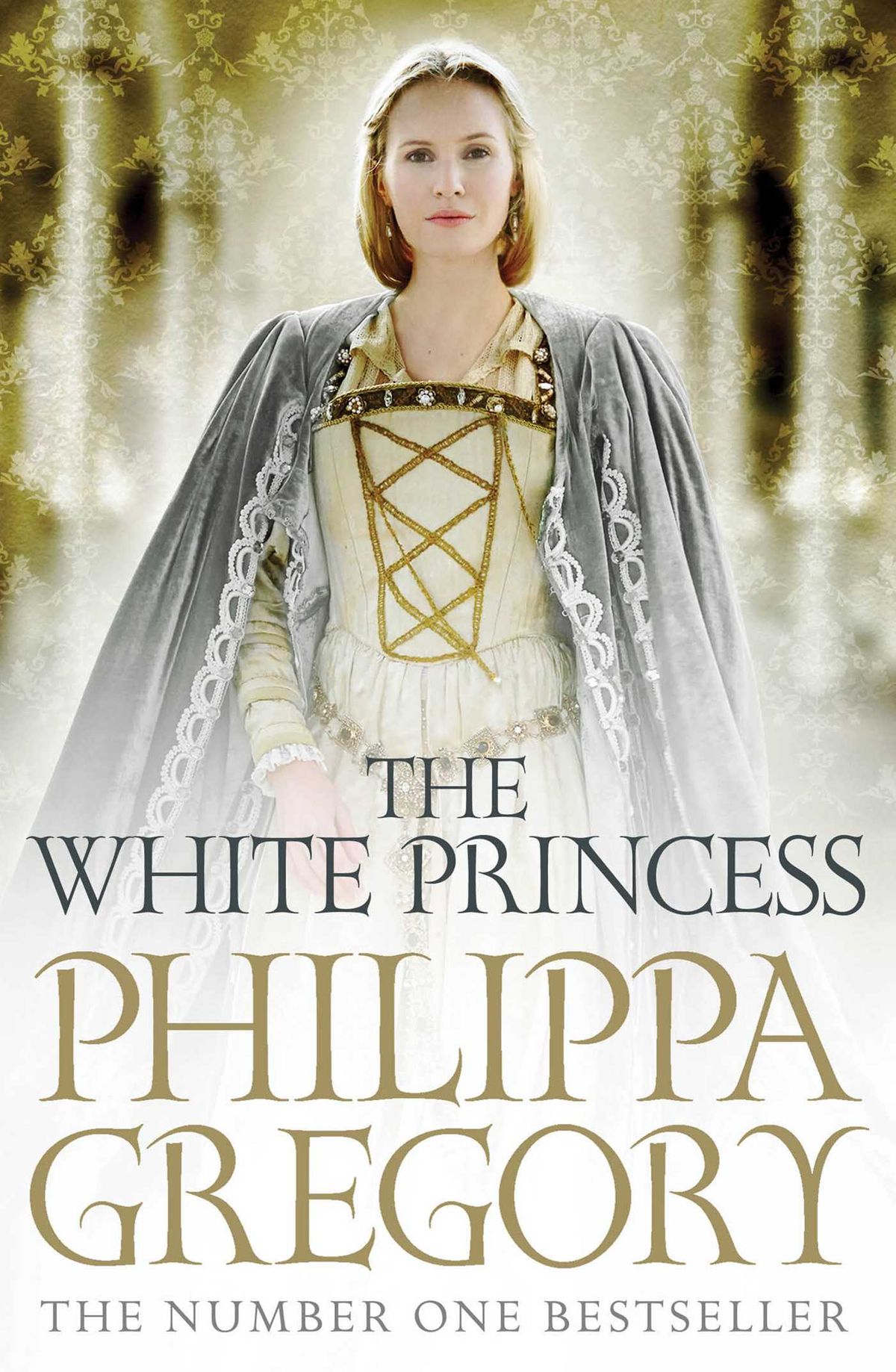 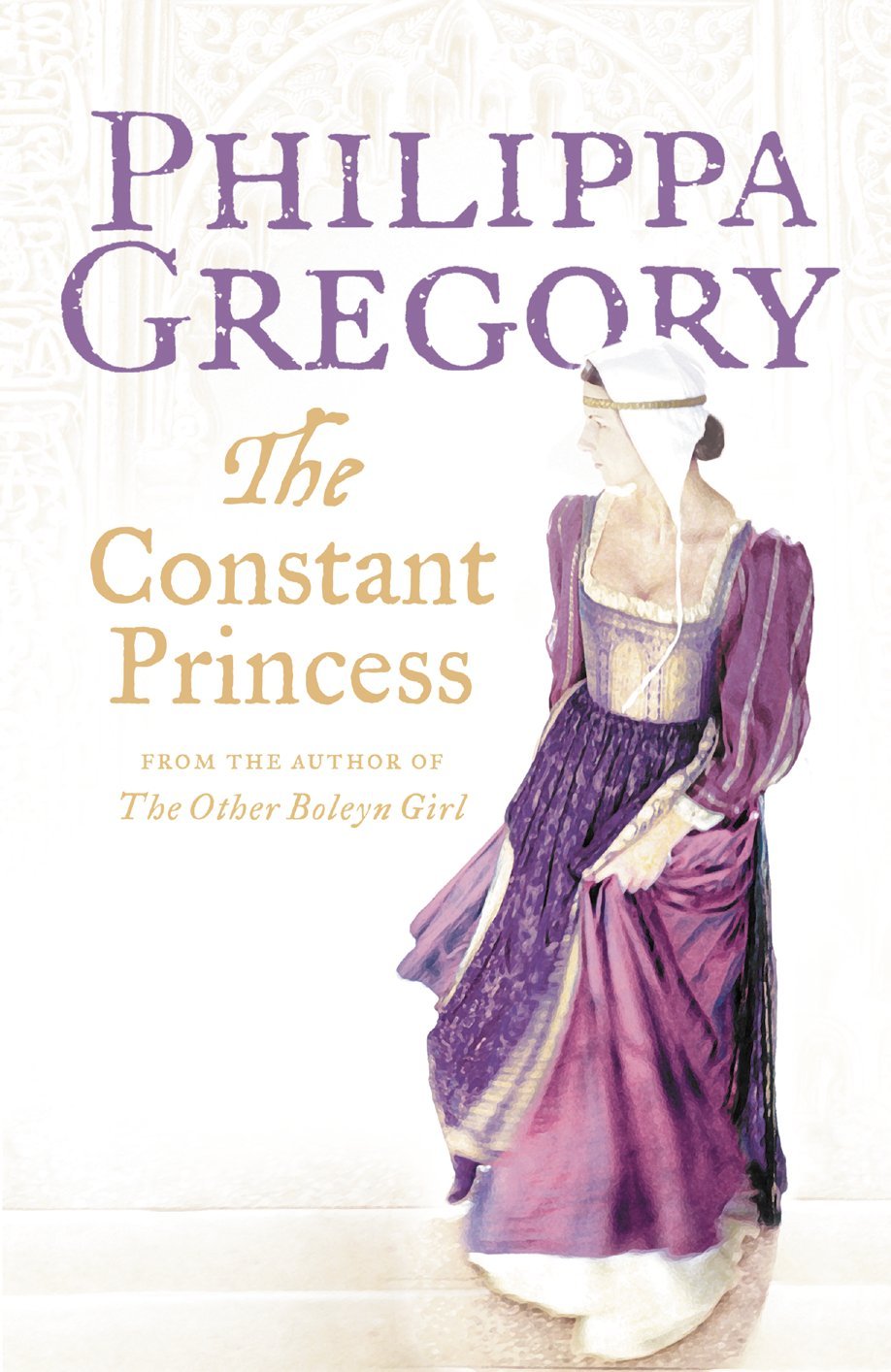 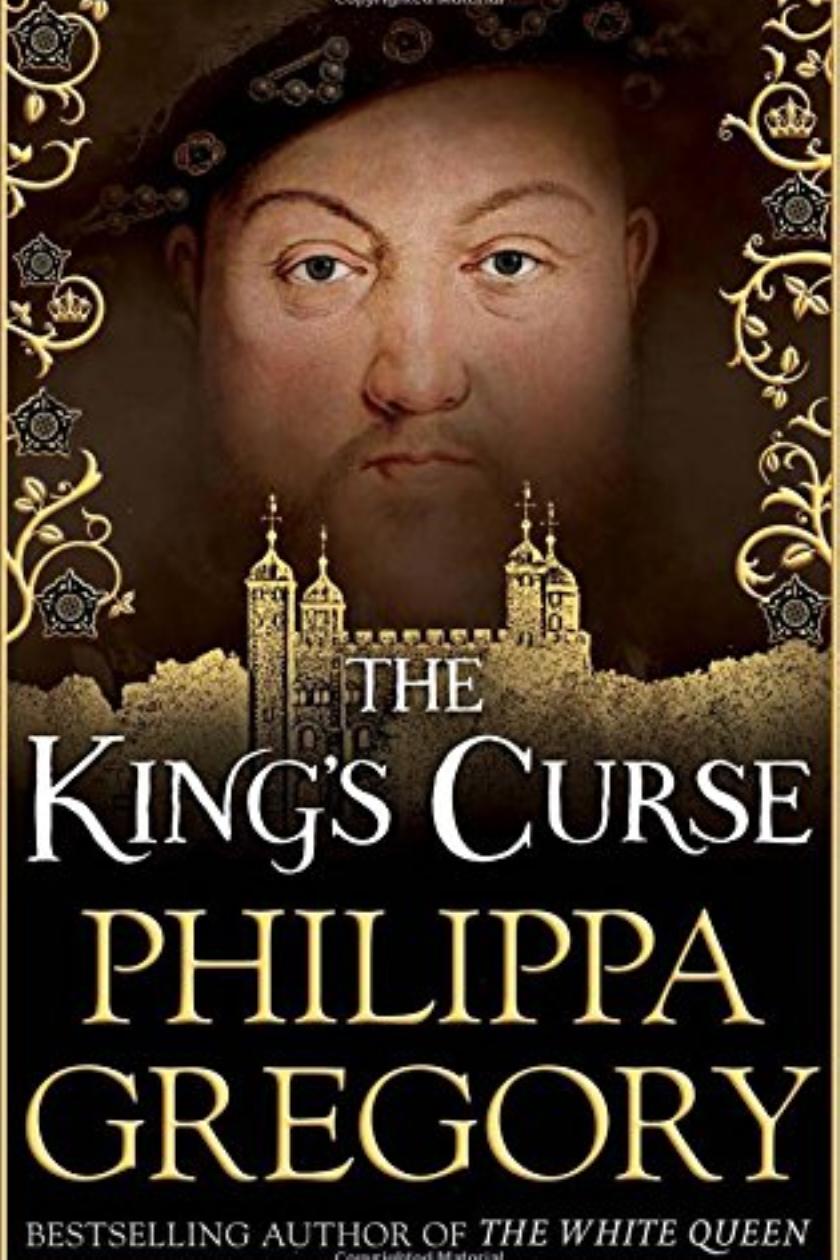 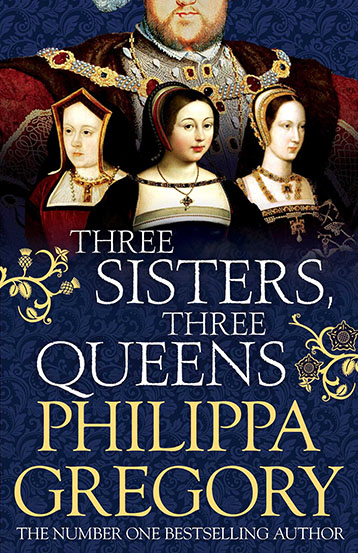 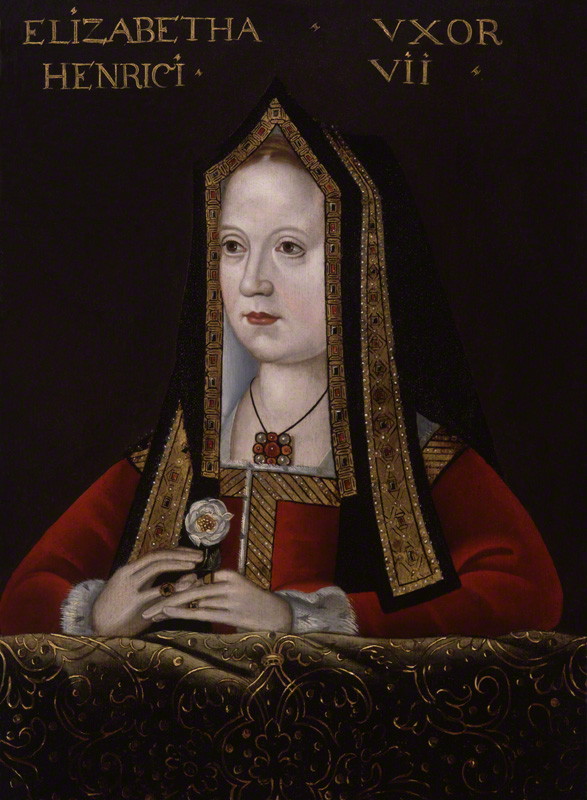 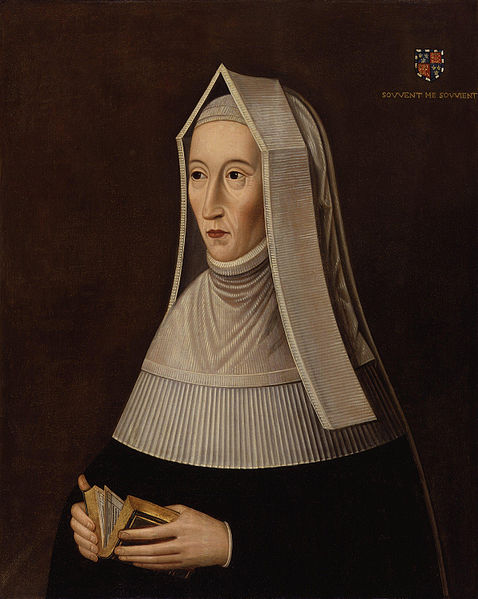 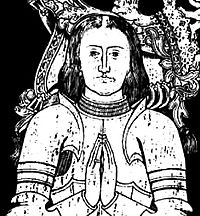